TERA: The Exiled Realm of Arborea is a free-to-play, action-style MMORPG, developed by Bluehole Studios in South Korea using Unreal Engine 3. It was localized for English audiences by En Masse Entertainment of Seattle.

On February 2013 Tera changed its title to "Tera Rising" and added free-to-play to its US and Europe release.

It's important to note that Tera is completely split into separate US and European versions that require their own launchers and are operated by different studios. The US being tended to by En Masse Entertainment who are only responsible for Tera and the third person shooter Zombies Monsters Robots - while the European release is presided over by the much more prolific GameForge. Both offer a basic free account with limited character slots as well as the monthly or annual Tera Club which includes cooldown bonuses, unique mounts and a maximum amount of character slots per server, among other bonus features. That said the free experience doesn't hinder a player from experiencing almost everything the game has to offer.

The gameplay in Tera is all in realtime. This means that the player will be required to actively move, dodge, attack, and block while exploring and questing in Tera. Gamepad support is included which allows use of a PS3 or Xbox 360 style controller to be used to control your characters attacks and movement as well as interactions with the world. TERA is being labeled (by the developers) as "the first true Action MMORPG, providing all of the depth of an MMO with the intensity and gratification of an action game." PVP is also handled different in this game since all races are under the same banner. You can be attacked by anyone on a PvP server and not just the "opposing side" since there isn't an opposing force in this game.

There is also a political end game that exists when you max out your character level. Players will vote on someone to become a "politician" and control certain areas of the end game. With the ability to lead, you will gain certain unique rewards as will your guild for having someone in their ranks who is in charge.

Tera is unique to other MMORPG's by employing a combat active system. Instead of typically clicking an enemy to auto attack and managing a sprawling hot key bar of abilities and potions, the player has to actively, target, attack and dodge incoming attacks. The game controls much like a third person hack and slash title. The WASD keys control movement while the mouse orients your character with a constant crosshair in the middle of the screen. When in combat the player has to keep their enemy in the crosshairs while attacking and employing special abilities which all have typical cool downs associated either with Mana or Endurance. Certain enemies are more vulnerable from the back or from their flanks, so moving about and trying to position your attacks is encouraged rather than typically standing still and soaking up damage.

In addition there is a Chain system which lets players pair up certain attacks with secondary follow ups depending on what move you execute. For example: the Warrior can attack an enemy, do a dodge at which point a button prompt will display for executing the Vortex Slash ability which can only be initiated through a chain. The combination of actively moving around your enemy, dodging and experimenting with different combos keeps the player engaged in combat at all times.

There are eight playable classes in Tera.

Dual wield fighters who dish out pain but can tank if needed. Unlike typical MMORPGs, the tank in Tera takes on an evasive role and is meant to distract the enemy rather than soak in damage. They are very mobile on the battlefield and are best utilized for getting damage in and then getting out of range before the enemy can retaliate.

Evasive Roll or Death From Above -> Vortex Slash:

A support class that buffs/debuffs as well as drops healing items. The mystic is best utilized in a party with their helpful auras and healing spells. They can also summon minions to fight at their side should they need the help.

A range fighter who specializes in single enemy DPS. They are highly mobile and can employ either heavy concentrated strikes or continuous rapid fire. Various trap and poison skills give the archer an added edge in combat and control over the battlefield.

The "tank" class that uses a shield to actively block and a lance to attack. They are the traditional tanks of Tera, that unlike the warrior class can sustain continued attacks through their tough durability. They use shouts to draw aggro and while not as mobile or powerful as the warrior, they make up for those shortcomings by being a very soloable class.

Berserkers use a huge axe to pummel enemies that get in their way. They can also wear heavy armor and deal in DPS. They use unique charge up attacks for highly concentrated damage dealing blows and thanks to their high mobility and AOE skills they excel while fighting groups of enemies. A stark contrast to the Lancer, they can wear heavy armor while not sacrificing movement speed.

These agile fighters use light armor but carry a huge sword. The light armor allows them to dance around their enemies while slicing them up with their blade. Their unique stun abilities allow them to neutralize an enemy and then make short work of them with their high damage output.

The healing class in the game but like other classes, they can deal out some serious damage. While primarily a healer, the Priest has unique skills that grant minor buffs on party members. They are invaluable party members for larger boss encounters as they are able to revive fallen comrades with increased movement speed, HP revival and more.

The "mage" class. They attack from range and deal in DPS while wearing cloth armor. The magical variant of the archer, mages can deal high burst style damage from afar, while utilizing their stun skills to deal with enemies that get within melee distance.

The Amani are a proud and direct warrior race that deeply respect freedom. They were originally created by the God Amarun to help him wage war against the giants. When Amarun fell at the hands of the giants' God-protectorate Tithus, the Amani ended up as slaves bred and trained for combat. They were eventually freed from their slavery in part thanks to Castanics, which shaped their views of racial unity and valued cooperation.

The capitol city of the Amani is Kaiator, the "Iron Bastion of the North"

The Baraka are a peaceful race of scholars that value the pursuit of knowledge. This very quality of theirs is the reason they were spared on The Day of Flame, when the Gods angered by the giants' conquests struck the warmongering race down. While related to the giants', the Barakas chose to pursue the art of learning and separated from their brethren, which is the sole reason why they were not obliterated by the Gods. These days you can find them maintaining their libraries and at the forefront of scientifc exploration.

The Baraka have no capitol city as their homeland was destroyed by the Gods on The Day of Flame when they struck out against the giants.

The Castanics are a race that spurn the Gods due to their long history with the omnipotent beings. Originally called devas, they were the children of Zuras. During the war with the giants, Zuras was sealed away and the devas were placed under the care of Lok by the great God Balder. After Lok fell, the Catanics tired of being ruled over by the Gods and decided to become the masters of their own destiny. These days some of the Catanic race spurn the Gods entirely after an incident where they were tricked into becoming instrumental in the demise of Balder - while others seek to bring back the devas name, beseeched by the nefarious God Lakan.

The Elins originate from the Goddess Elinu and attribute their childlike physical appearance to Arun's youngest daughter, who envisoned them so as her representation of what is beauty and peace. The Elin race are protectors of nature and much wiser than they look, often putting common folk at unease with their mature discourse and peculiar sense of humor. Along with the Poporis they are governed by a single queen and although leading their life on the path of diplomacy and peace, they've proven their prowess in tactics and war as well.

The capitol city of the Elins is Pora Elinu, a single massive tree that reaches to the heavens.

The elves were a mighty warrior race that waged many wars until conflicts among the Gods split them into two factions out of which only the High Elves remain. Driven back in their conquest by the allied forces of the Amani, Popri, Baraka and Humans, high elves retreated into seclusion for a hundred years. The proud race, having waged victorious wars for three thousand years were forced to re-evaluate their way of life after the symbolic defeat. Deciding to unite with the other races and put their differences aside, the high elves were welcomed with distrust and trepidation among the Valkyon Federation - as people vividly recalled having to face the elves as foes just a hundred years prior.

The capitol city of the High Elves is Allemantheia, the jewel of the southern Shara.

For many years the Human race led the life of nomads, cursed by the Gods to wander with no home to call their own. Created by the God Gidd, they were without a place to call their own and petitioned their diety to be granted one. Gidd did not honor their request and when he found that the humans tried to conspire against him to steal his treasures, he cursed them as punishment. Without both a God and a home, the Human race took these hardships in stride and learned much from their fellow races, eventually establishing the Valkyon Federation and earning the respect and admiration of their fellow races. Their Curse was finally lifted as the Divine War drew close and the Goddess Velik, pitying the humans, granted them a home in the form of the city of wheels.

The capitol city of the Humans is Velika, the City of Wheels; Veliks Dream.

The Poporis are beasts brought to consciousness by the Elins. When the Goddess Elinu created the Elins from her own essence, she charged them with aiding her father in waging the Amanic War. This task proved too great even for the brave Elins and they in turn raised the Poporis to aid in the battle. Both the Poporis and the Elins share a queen, and her ideals of protecting nature above all else.

The capitol city of the Poporis is Pora Elinu where they reside with the Elins. 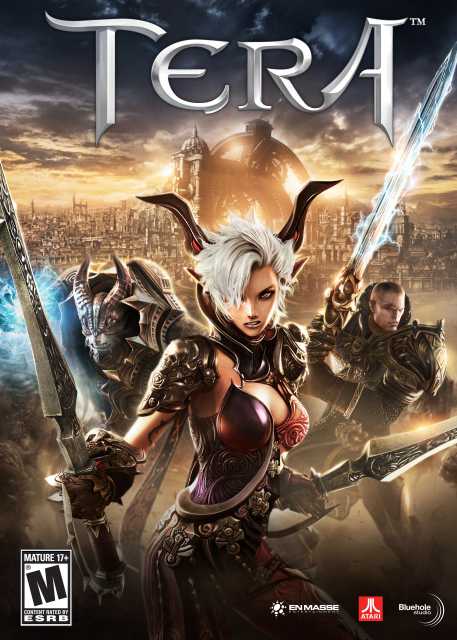