This is a 3D mix between a puzzle game and an rpg that involves the player in a battle against the baron and his gigi robots. It has a fun and classic hack and slash style of combat , and many mini games that keep you involved.

The plot of Alundra 2 takes place in a fantasy world different from its predecessor Alundra known as the Kingdom of Varuna. You play the role of Flint, a young pirate hunter who is wanted by the authority for supposed treason. He takes up his sword and vows to hunt the pirates who killed his parents. Throughout the story Flint uncovers the mystery which plagues the kingdom in how Mephisto, an evil sorcerer is using magical wind-up keys to turn creatures and people into corrupted machines. The games adventure takes you through a variety of different towns and dungeons.

The gameplay in Alundra a mix of action and adventure a heavy emphasis on exploration and puzzle solving. Visually the game is presented in full 3d and features a freely manipulative camera system which allows the player to both rotate the camera and select from an array of pre-set angles. The general aim of the game is progressing throughout the kingdom through different towns and dungeons with the ability to backtrack to open new areas with newly acquired spells or skills. The game features boss fights, a variety of mini-games and in game voiced cut scenes. 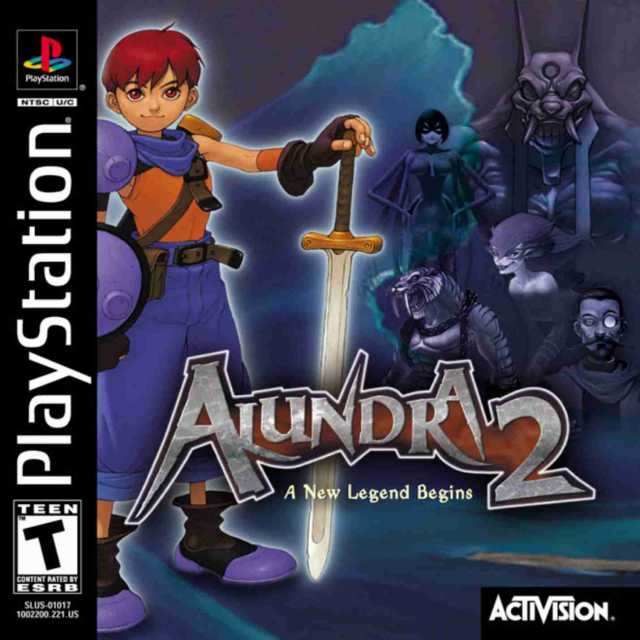